They reopened Jacamar Prison just for Mickey Gallop. That meant old-style isolation, a six-by-eight-foot concrete closet, no windows, a bolted steal door with a food slot, no visitors, no links to the outside, and twenty-minutes-a-day fresh air in a dog-run that had been an elevator shaft.

After the media row and his harrowing trial for kidnapping, Mickey felt lucky he hadn’t gotten the death penalty. He knew Lisa Tooley was a famous benefactress, though never seen in public, but he had no idea how reliant people had become on her. Most of the evidence that could have helped Mickey’s case was barred, a violation of Lisa’s privacy, and treated like sacred writ. One might believe he had driven spikes into a holy saint. 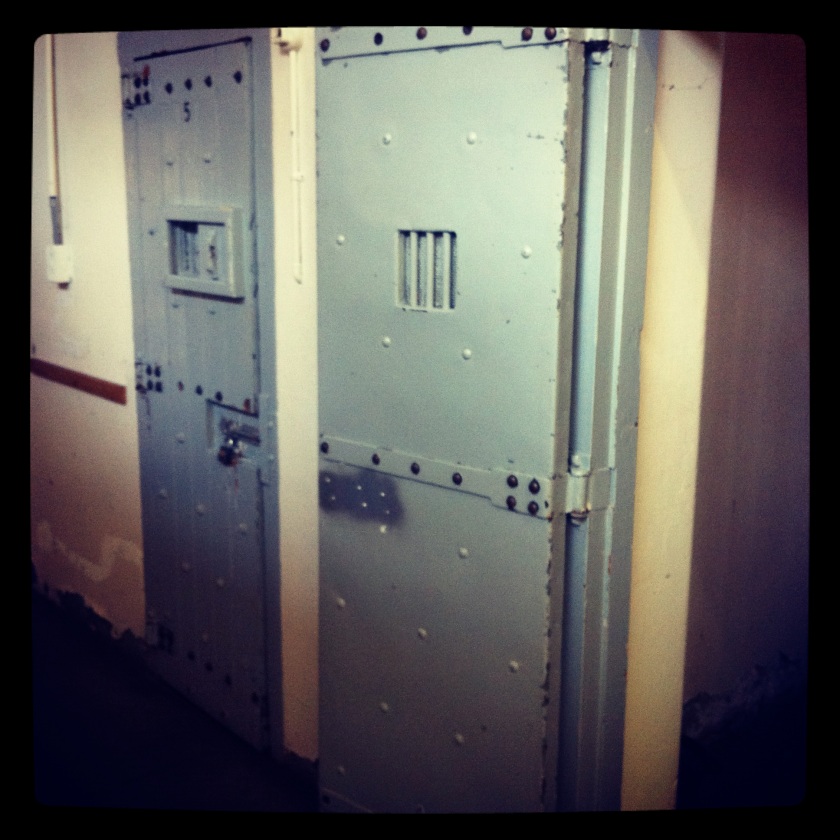 That was the problem—Mickey Gallop knew Lisa Tooley was no saint. He also knew that if they discovered the full extent of his crime, his hundred-and-forty-year sentence would have been longer.

His pardon came as a surprise—in just thirty days.

By his own reckoning, Mickey Gallop was not a bad man, merely a hapless one who balanced his deficits with opportunistic sneak-thievery. Whatever he found unattended was his: a laptop, a bicycle in a rack, a coat on a hook, a shopping bag left on a bench. These were his small daily blessings. The unattended refrigerator truck looked like too big of a blessing. Mickey would have questioned it himself if it hadn’t been so easy.

It was midday on Friday, and weekend traffic was heavy. Mickey was walking on Telegraph Road when he saw the bumper-to-bumper snarl just before the exit at Woodward . It was ninety-six degrees. The sun beat down relentless in a cloudless sky. Drivers got out to strut their frustration and cool their backsides. A red-haired babe stood on the seat of her red Mercedes convertible. Her sweat-clung blouse revealed her fine figure and disregard for undergarments. She raised her arms high over her head to catch the breeze. More drivers stepped from their cars.

Traffic was clearing on the inner lane. When Mickey saw the driver of the reefer leave the truck with the door open and motor running, he didn’t need an invitation.

Mickey steered the truck left into the open lane and accelerated, leaving the red Mercedes gawkers far behind. He thought he had gotten away clean but later realized too many cameras on the red-haired babe had caught him fleeing the scene. He left Telegraph and took 45 north out of town. Twenty-eight miles later, he pulled into his cousin Gaston’s workshop garage.

Mickey had no trouble getting into the back of the truck, but the refrigerated cargo was useless—a brain. As part of rehab he’d watched a forensic surgeon take one out of the head of some dead, homeless guy. To Mickey human brains weren’t much different from pig brains.

He thought it would be a bad idea to try to sell the brain back to the police or to a medical school. He might be able to hock the pumps, gauges, water tank, and computer hardware. The reefer unit on the truck might be worth something.

He disconnected all the tubes and wires, threw the brain into the dumpster in the alley, and hauled the technical equipment to the workbench. Most of it looked new and high end, which meant it could probably be traced. Mickey began stripping and filing off any tags or plates that would show the stuff was stolen.

The hot news on TV was the Lisa Tooley kidnapping. Mickey watched and listened while he worked but never made the connection. Her foundation wanted her back and was offering big bucks as a ransom or reward, no questions asked. Again, Mickey missed it.

When they showed the refrigerated truck leaving the scene on Telegraph Road, he paid closer attention. Lisa Tooley was not in good health the reporter said, and she required immediate specialized care. There was a catch: If any information were leaked on Tooley’s condition, no reward would be given.

Mickey ran to the dumpster and found the trash scattered. Two dogs faced one another growling. Lisa Tooley’s brain, a broken syringe, and a crushed diet soda can laid between them. Mickey shouted and threw a broken pickle jar. The Schnauzer ran. The Spitz-Poodle clawed its way over a chain-link fence.

Mickey brushed watermelon seeds and coffee grounds off the brain then tried to hook it back up to the equipment. He restarted the refrigeration unit, pumps, and monitors—got zero on the gauges and a flat line. No reward for numero uno, he thought.

Near panic, he looked for some release. His girlfriend Inez was no longer young and no one’s idea of a catch, but Mickey knew not to tell her that. Robots are sensitive. He’d gotten her second hand, and she wasn’t top-of-the-line, but she was a real Dollbaby 2727. Inez had scratches and dents and had lost some hair, but she said and did all the right things in all the right ways. Mickey loved her—in his own way. He’d spent a lot of time training her, too, so Inez knew exactly when to submit and cooperate or pout, scold, and push back, whatever it took to get him excited.

In the throes of ecstasy, Mickey got an idea. He’d hate parting with Inez, but that reefer truck was all over the news. Someone must have seen him drive it into the garage.

After instructing Inez to respond only to the name Lisa Tooley, he kissed her one last time and guided her into a corner of the garage. He removed Inez’s operating and memory chips then connected them to the computer and to wires from Lisa Tooley’s brain. His installation was clumsy guesswork, but it only had to work for a short time—long enough for him to get the money and skip town.

Who would have thought the executive directors of the Lisa Tooley Foundation were all a bunch of lying crooks? Once they had their genius benefactor back, they threw the book at Mickey Gallop. Then they buried him and his big secret … revelation of which, Mickey figured out during the trial, would have brought down the stock market and caused a world depression.

But thirty days is a long time for a Dollbaby 2727 to go without her ‘daddy’, and Mickey had neglected to reset Inez’s timer.

The warden, the governor, a boatload of high muckety-mucks met Mickey with their hats in their hands. So sorry … Of course, the reward … travesty of justice … fine man like yourself. Lisa Tooley said she needed her Mickey baby—and a lot of other things the foundation execs weren’t comfortable repeating. Would Mickey meet with her, tell her what she needed to hear? Of course, he shrugged.

Mickey decided to let it roll and play this for all it was worth. They needed him to show up every thirty days to “take care of Lisa.” How Inez pulled it off, he had no idea.